Von Miller is on the mission for 2020 season and here’s why.

As ESPN reported, Miller is aiming for defensive player of the year award and NFL sacks title for 2020 season.

He said Monday he believes at age 30, heading into his 10th season, he can lead the league in sacks and have a chance to be the Defensive Player of the Year – two things the former Super Bowl MVP and eight-time Pro Bowl selection has never done.

“I really feel like some of my best ball is coming up,” Miller said. “Winning the Defensive Player of the Year and leading the league in sacks is attainable with the team I have, the people I have around me. I’ve just got to take advantage of the opportunities, I have go get it.”

Miller had a streak of five consecutive seasons of double-digit sacks end in 2019 when he finished with eight. The team struggled defensively, especially after Bradley Chubb suffered a season-ending knee injury in Week 4 and defensive end Derek Wolfe eventually finished the year on injured reserve as well.

This offseason, the Broncos made trades to acquire five-time Pro Bowl defensive lineman Jurrell Casey and cornerback A.J. Bouye, who has been named to one Pro Bowl.

On the prospects for the season, with the draft later this month, Miller said Monday: “On paper it looks like a great one … I’m pretty excited about it.”

Miller often was visibly frustrated last season as the Broncos, even with a 4-1 mark down the stretch, finished 7-9. He sometimes let his aggravation with the team’s third consecutive losing season and fourth consecutive playoff miss bubble over, especially after two lopsided losses to the Chiefs when the Broncos were outscored 53-9 combined.

He promised he would start training almost immediately for the 2020 season. He posted his workouts on social media just days after the season.

Miller has said “winning games” is his ultimate goal and that he didn’t want his Super Bowl 50 MVP “to be my high point.” He also said, if he is on track to lead the league in sacks and in the conversation for Defensive Player of the Year, the Broncos will be winning games.

“I feel like sacks and Defensive Player of the Year Award go together, I believe lead the league in sacks, they go hand-in-hand,” Miller said. “It was about sacks before and it’s about sacks now, about sacks, winning games, coaching some of these young guys now. 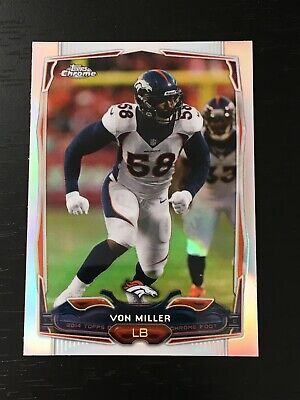 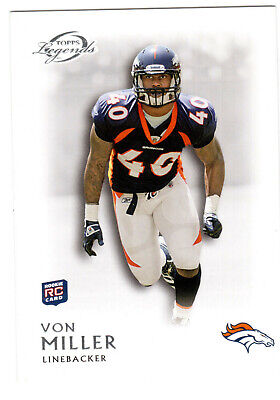 Broncos Insider: Von Miller using offseason down time to work on his DJing - The Denver Post

Broncos Insider: Von Miller using offseason down time to work on his DJing  The Denver Post...

'All the great pass-rushers have done it': Von Miller driven to lead the league in sacks - DenverBroncos.com

'All the great pass-rushers have done it': Von Miller driven to lead the league in sacks  DenverBroncos.com...

Broncos pass rusher Von Miller said he got a cough a couple of days ago that concerned his girlfriend and assistant. So he got tested for COVID-19, and it came back positive Thursday. “I’ve ...

Broncos star linebacker Von Miller, the MVP of Super Bowl 50, is resting at home after testing positive for the coronavirus, he said Thursday.