Apple announced at WWDC 2020 that its Macintosh computer lineup started to transition away from Intel chips to its own ARM-based Apple silicon chips. The first Mac that is equipped with the Apple silicon M1 chip is 13-inch MacBook... 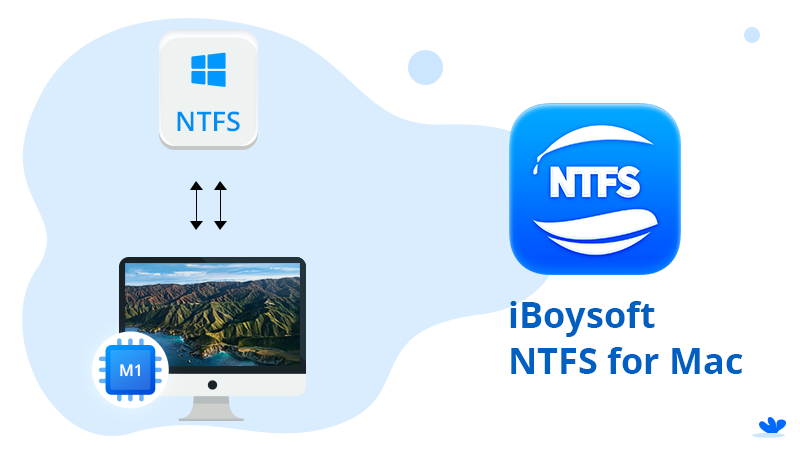 By James Gary in Sponsored Technology 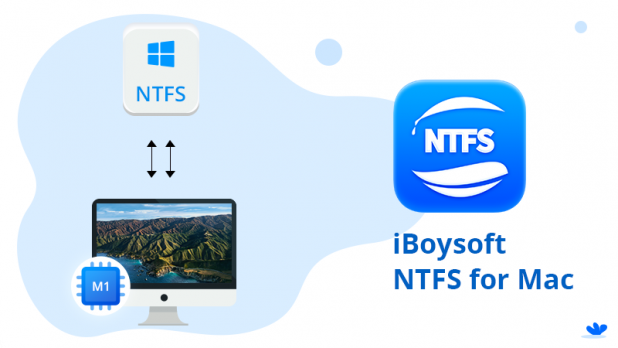 Apple announced at WWDC 2020 that its Macintosh computer lineup started to transition away from Intel chips to its own ARM-based Apple silicon chips. The first Mac that is equipped with the Apple silicon M1 chip is 13-inch MacBook Air shipped on November 17, 2020.

The M1 chip brings some excitements such as better processor performance and longer battery usage, but NTFS remains incompatible with Mac computers, even on this refreshing M1 chip MacBook Air. M1 chip MacBook Air comes initially with macOS 11 Big Sur, the new macOS upgrade was officially released one week prior to the shipping of MacBook Air (late 2020).  Therefore, how to read and write NTFS drives on macOS Big Sur basically is the same problem as discussed here.

Why macOS Can Only Read NTFS Drives

NTFS is the proprietary file system developed by Microsoft, the main competitor to Apple. Microsoft holds the proprietary rights to it and any platform fully using it needs a license. Apparently, Apple doesn’t want to acquire a license so NTFS can’t be fully integrated into macOS. Besides, I guess it believes APFS, HFS+, FAT and exFAT can meet users’ overall needs.

You may feel better to know this fact – Apple holds proprietary rights to APFS and HFS+ file systems as well, and that is why Windows users can’t even read or write to APFS or HFS+ formatted drives on a PC. At least Apple allows read-only permission to NTFS files on Mac and you can view the files and move them out of the drive.

How to Read and Write NTFS Drives on M1 MacBook Air

On Macs with Intel processors, users are allowed to create an NTFS partition and install Windows operating system using a utility called Boot Camp Assistant. After booting into Windows on Mac, you will be able to access connected NTFS drives from there. However, on M1 chip MacBook Air, Boot Camp Assistant can be used and dual bootup is not supported. As a result, using Boot Camp to read and write to NTFS drives in a Windows environment on Mac is not working now.

Another way to be able to edit NTFS files is to take advantage of cloud storage. But if your files are very confidential and sensitive, using cloud service may not be your choice. You need to use cloud encryption software to add a layer of data security. I guess it is not the solution that you are looking for.

I select two methods below that can solve the read-only NTFS drives on MacBook Air and MacBook Pro with Apple silicon M1.

iBoysoft NTFS for Mac, also known as Microsoft NTFS for Mac by iBoysoft, is a commercial program that supports writing to NTFS volumes on M1 Macs, including M1 MacBook Air, MacBook Pro, Mac Mini. This is definitely the easiest way to read and write simultaneously the files present on your external hard disks, flash drives or SD cards formatted for Windows NTFS format.

iBoysoft NTFS for Mac costs $ 19.95 and offers a 7-day free trial. It will install cleanly and easily on modern versions of macOS, from the latest macOS 11.2 Big Sur to macOS High Sierra 10.13. It’s a fast and smooth solution that supports high transmission speeds, easy setup, and no setup, so it’s the best option if you’re willing to pay some money for this feature.

You also won’t need to fiddle with terminal commands to manually mount partitions. partitions automatically or handle potential corruption like you would with the free drivers below. If you need this functionality, paying for software that does it right is well worth it. We cannot say it enough.

Step 2: Once you have installed iBoysoft NTFS for Mac on your M1 MacBook Air, you need to restart you’re the machine. And then connect an NTFS drive on your Mac. 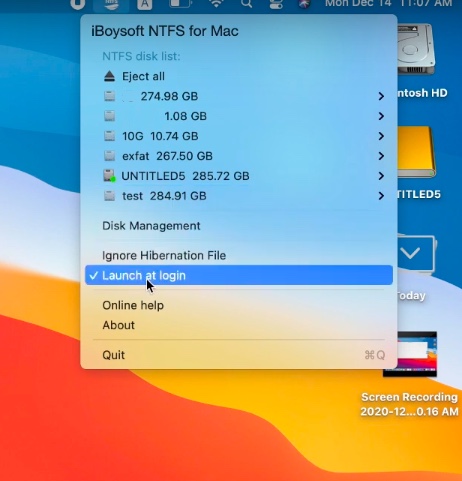 Step 3: Write over your files. Once your NTFS drive is mounted automatically, go ahead and you can start copying, editing or rename files stored on your NTFS hard drive, SSD or your USB drive. 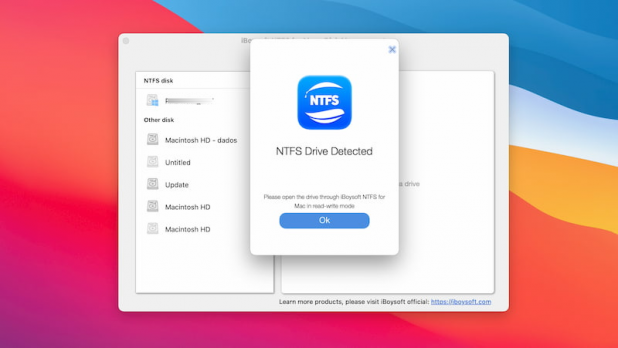 Step 4: Take out your USB drive. And once the writing is done, go ahead and hit the Unmount button from the tool bar to let you remove the USB drive you plugged into your Mac.

Apple pioneered the idea of ​​making NTFS native for the Mac system. Most people are not familiar with this feature because it is turned off by default. Apparently, the word “experimental” means that using this feature does not guarantee a full-fledged experience with the NTFS format. Some faults can corrupt Windows files and lose them completely. It’s not as good as the paid options, however, you can still give it a try. You will have to spend time running manual commands to release this functionality. We have done the steps below to make this process clearer and easier to do. 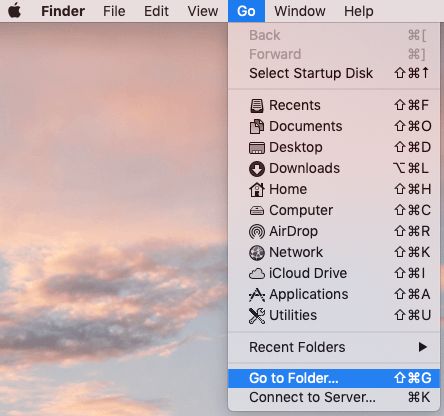 Step 2: Once the console window appears, copy and paste this command:

Step 3: Then you need to enter the following value by replacing NAME with the label of your NTFS drive: 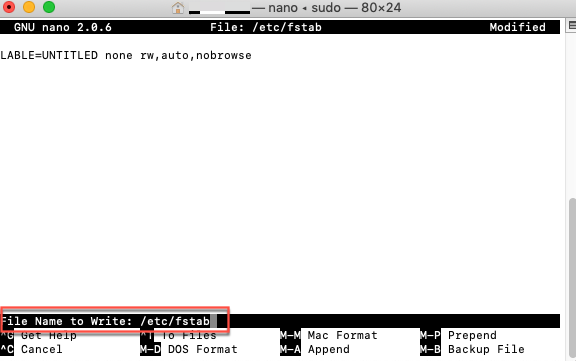 Step 4: Press Ctrl + A to save the file when done, then press Ctrl + X to close the nano window.

Step 5: Now you need to connect or reconnect your drive to Mac. The reader will not be visible from the start. To do this, you must choose Go > Go to folder and type /Volumes in the space to unlock the drive.

Finally, you can use and edit NTFS files without limitation unless something is wrong. Again, remember this is a risky thing since you are experimenting with internal settings.
If you want to undo the changes, just repeat the first two steps and remove the added lines for the player.

As you can see, the process of writing NTFS drives on your MacBook Air, MacBook Pro 2020 may seem complicated, but it is actually very straightforward. You can choose from the different methods that we have presented to you. Obviously, the best choice for ease of use is iBoysoft NTFS for Mac.  If you are familiar with Terminal and occasionally use NTFS drives, you may find that the Apple experimental method is sufficient.

Audio Marketing: From Radio to Clubhouse

Content KPIs to Define Success at Every Stage of the Funnel...

How to Optimize Your LinkedIn Profile for Digital Marketing... 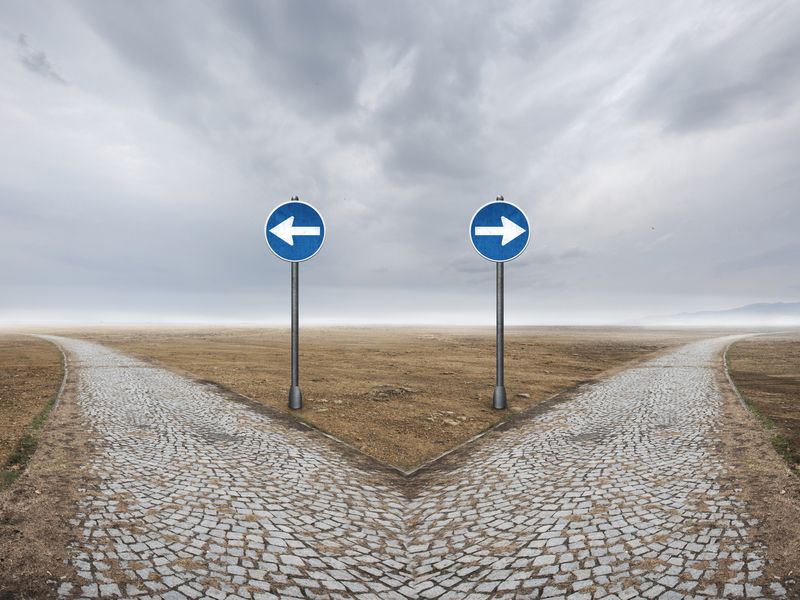 One third of brands are considering change of agency in...

Ride-hailing companies are reporting a shortage of drivers as demand for their services... 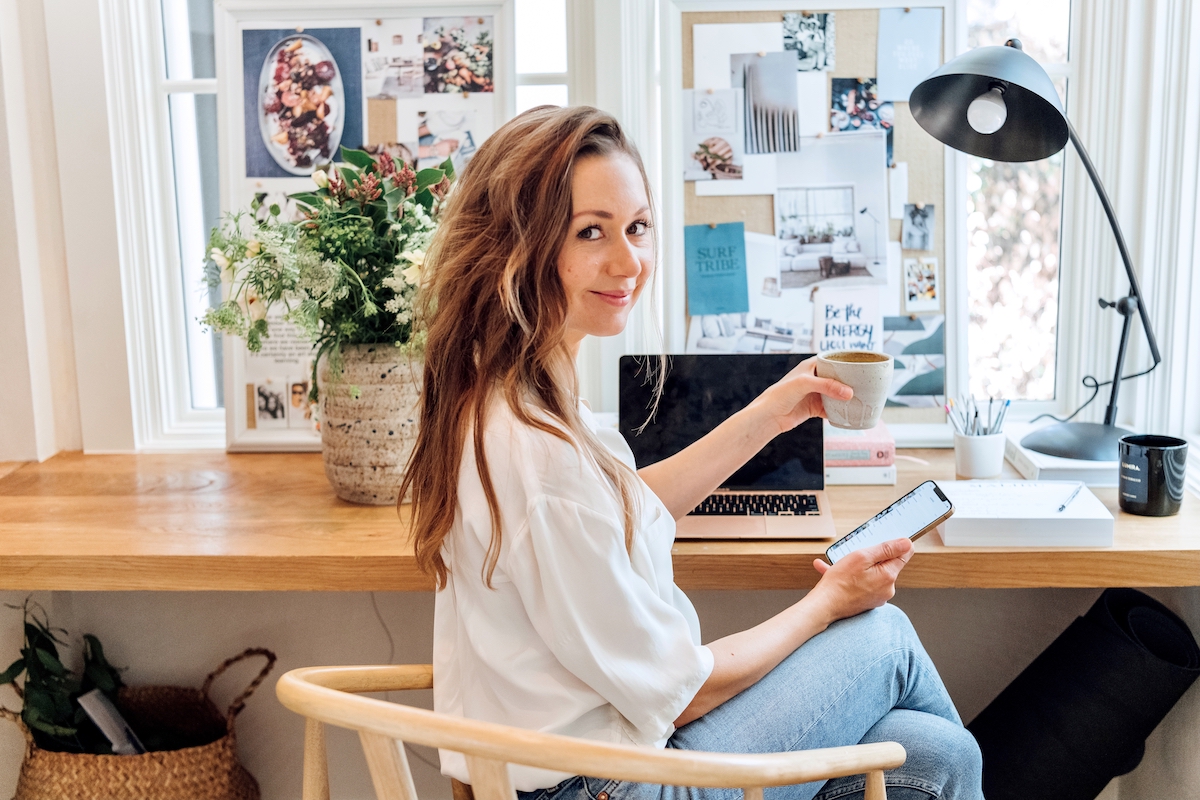 The great-skin secrets I swear by. The post I Still Get Carded in My Late 30s Thanks... 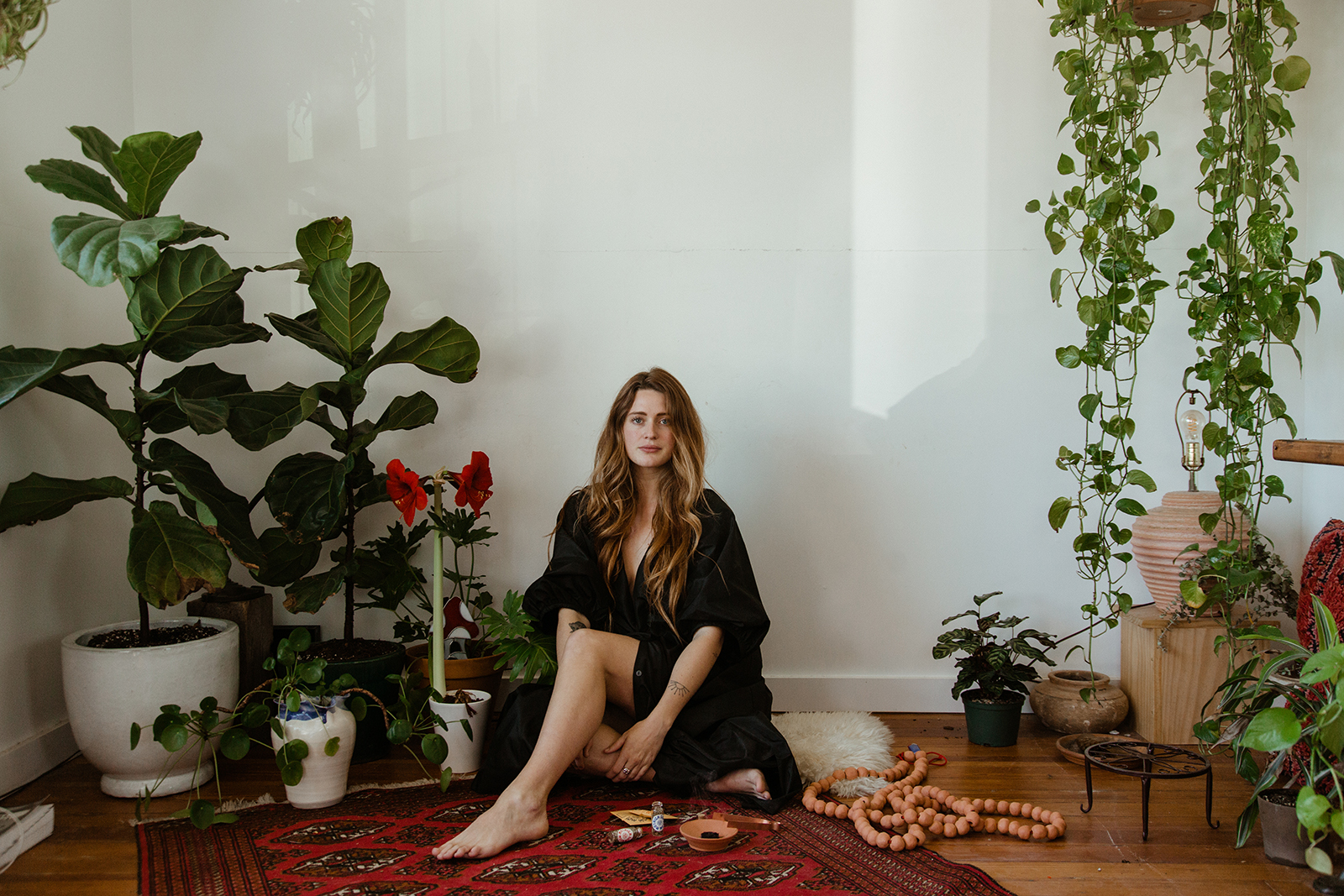 A growing number of colleges and universities say students will be required to get... Victims of March a windstorm that wiped out 100 per cent of some banana growers'... 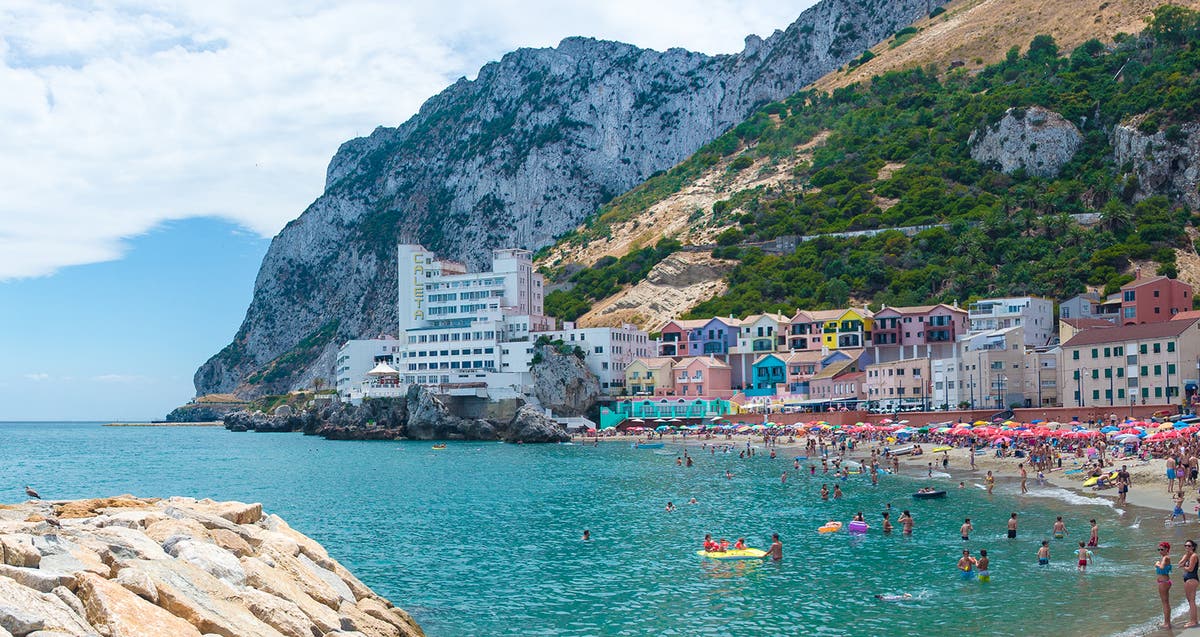 Gibraltar very likely to be on green list as it vaccinates...

Green list nations will be revealed in early May