These are the best cheap Chromebook deals for January 2021

Whether you want a compact laptop to enjoy some entertainment on the go, or you need a no-nonsense machine for school or work, we've smoked out the best cheap Chromebook deals -- from full-sized laptops to 2-in-1 convertibles --...

If you’re shopping for a laptop on a budget, you’ve got more options today than simply Windows laptop deals and MacBook deals. Chromebooks, or laptops that run on Google’s cloud-based Chrome operating system, have exploded in popularity lately due to the surge in people working and studying from home or elsewhere. These machines offer a viable alternative to Windows 10 and MacOS.

Chromebooks are particularly attractive due to the value that they represent (although there are plenty of high-end models to choose from now, t00), so no matter what you’re willing to spend, there’s almost certainly a Chromebook that’s a fit for you — and the best place to start looking is our up-to-date roundup of the best cheap Chromebook deals available this week:

Lenovo is putting out some of the best Chromebooks on the market today, but its high-end offerings naturally don’t come cheap. For a super-affordable alternative to laptops like the Yoga, consider Lenovo’s Chromebook S330. This 14-inch computer runs on a quad-core CPU and 4GB of RAM – snappy enough for work tasks like web browsing and word processing. It also comes with 32GB of flash storage for files and apps. Since Chrome OS is largely cloud-based, you don’t need too much space to handle your basic needs.

It may not replace your full-featured Windows, Mac, or Chrome OS laptops, but for such little money, it’s hard to find this much laptop.

Compact laptops are handy for travel, but for hours of regular use and work, a full-sized computer like Acer’s excellent Chromebook 15 might be a better option. This Chrome OS laptop features a quad-core Intel Pentium N4200 CPU, 4GB of DDR4 RAM, and 32GB of storage for handling basic tasks. But the highlight of this model is its 15.6-inch HD touch display, which gives you a lot more screen real estate to work with.

It’s still fairly sleek and lightweight, though, and its internal battery provides up to 12 hours of juice, giving you more than enough for a day’s worth of work and entertainment.

The Samsung Chromebook 4+ is another 15-inch Chromebook, but it’s one of our favorites. It sports a sleek look, featuring a silver chassis and thin bezels, despite being just 3.75 pounds. Like many Chromebooks, it comes with just 4GB of RAM and an Intel Celeron processor, but if your computing tasks are relatively simple, you’ll find plenty of performance here under the hood. The Samsung Chromebook 4+ also comes with two USB-C ports, a full-size keyboard, and up to 10.5 hours of battery life.

If you’re looking for a standard clamshell Chromebook, look no further than the Lenovo Yoga Chromebook. For an affordable price, the Yoga Chromebook includes great with its 8th-gen Core i3 processor, a crisp 1080p screen, and excellent battery life. It currently sits stop our list of the best Chromebooks in the 15-inch size category. And, unlike some of the cheaper Chromebooks, the Yoga features fantastic build quality and refreshingly simple design. The thin bezels around the edge of the display mimic the look of laptops that cost twice as much. There’s even an option with a 4K screen, which is pretty rare to see on a Chromebook.

Deals are scarce right now for this new high-end Chromebook, so if you see one on our list, then jump on it before it’s gone.

The HP Chromebook x2 currently ranks as the best 2-in-1 Chromebook you can buy (by our measuring, anyway). The cheaper model, which currently starts at $530, comes with an Intel Core M processor, 4GB of RAM, and 32GB of storage. That might not sound like a lot, but for a 12-inch Chromebook, it’s plenty of muscle to get you by.

Like the Surface Book 2, the HP Chromebook x2 is a 12.3-inch tablet that can magnetically pop out from the keyboard case. It functions as well as a tablet as it does a clamshell notebook. This design makes it a great option for college students or workers on the go. It’s a little bit more on the expensive side for a Chromebook, but with some impressive features, you definitely get your money’s worth.

Given that Google pioneered the Chrome operating system, it’s only fitting that the company’s own Chromebooks are among the best that money can buy, so we’ve saved this one for last. The Google Pixelbook Go has the look and feel of a high-end Chrome OS laptop with a super-slim and attractive design, great build quality, a beautiful high-resolution display, and fast performance under daily workloads. In a word: It’s the Chromebook laptop that most people should buy.

It lacks some amenities like a 2-in-1 design with a fold-flat touchscreen, but if you’re willing to forego those amenities for a solid, no-frills Chromebook, then the Pixelbook Go is arguably a better choice than most Chromebooks thanks to its PC-level hardware which includes newer Intel Core CPUs and full 8GB-16GB of RAM. All of these features would normally run you around $650 for the entry-level model, but you’ll find it at discount from time to time that makes the Pixelbook Go an even better value.

We strive to help our readers find the best deals on quality products and services, and we choose what we cover carefully and independently. The prices, details, and availability of the products and deals in this post may be subject to change at anytime. Be sure to check that they are still in effect before making a purchase.

Digital Trends may earn commission on products purchased through our links, which supports the work we do for our readers.

Broccoli and pomegranate tabouli salad to kick start the year

Google threatens to remove its search engine from Australia...

Here’s who owns everything in Big Media today

The best Chromebooks for 2021

How to adjust screen resolution in Windows

Adjusting your PC's screen resolution isn't as difficult as it sounds. Here's how... Frito-Lay brings new twist to its lineup of creative flavors with mashups of popular...

Mississippi and Louisiana have some of the worst vaccine...

Two of the states hit hardest last week, Mississippi and Louisiana and, have some... 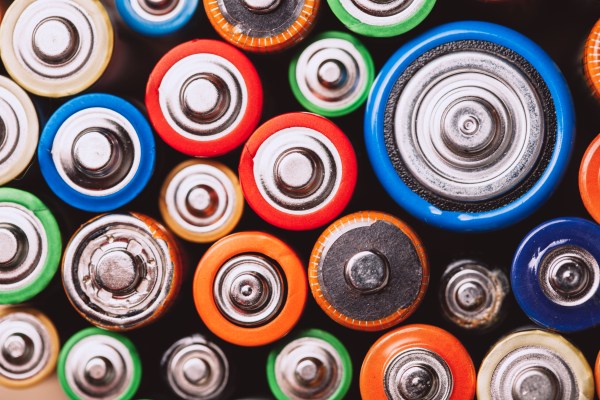