What’s the Difference Between Aukey and Anker (and Does It Matter)?

You found a battery pack on Amazon, but you can’t remember who made it. It was short, started with an A? Aukey? Anker? Something like that. Well, in both cases you could be right. These two companies have frustratingly...

You found a battery pack on Amazon, but you can’t remember who made it. It was short, started with an A? Aukey? Anker? Something like that. Well, in both cases you could be right. These two companies have frustratingly similar-sounding names, similar product lines, and are similarly known for making inexpensive versions of official accessories from more well-known brands. Fast chargers, USB-C hubs, and power banks can cost a fortune coming from your device’s manufacturer, but from these companies, you can find all sorts of gadgets and accessories for as low as $10, sometimes even less than that. But while they might sound indistinguishable in name, there are a handful of key differences worth getting into.

The (Few) Differences Between Aukey vs Anker

The similarities between Anker and Aukey don’t stop at their names and product lines. In fact, in some cases you’d have to squint to see the difference. Aukey was first founded in Germany in 2005, before relocating to Shenzhen in China. Anker, meanwhile, was founded in 2011 by a former Google software engineer who quickly relocated to, you guessed it, Shenzhen. Today, both companies operate out of China, where their factories are located. They both offer very similar (but not identical) product lines. They each sell portable batteries, charging cables, charging blocks, wireless chargers, and anything else you can use to charge your phone or tablet under their respective brands.

Both companies also sell accessories like headphones, car gadgets, and smart lights, but the main distinction is this: Aukey makes all of these products still under the Aukey brand, while Anker uses a few different sister brands to distinguish its products. Eufy, for example, is Anker’s smart home brand featuring products like robot vacuums and security cameras. Roav is Anker’s brand for in-car gadgets like Alexa-enabled car chargers and dash cams. And then there’s Nebula, Anker’s brand for projectors. Anker’s sister brands make it a little easier to distinguish the areas where the two companies differ, but you’ll still note they have a lot of similarities when it comes to their core businesses of charging accessories.

That said, Aukey, too, is beginning to explore the same type of diversification through sub-brands like Hulkman, a smart car jump starter initiative launched just last year. Hulkman is a little different from Eufy or Roav, however, in that there’s no sign of the two brands being related outside of industry knowledge. Head over to the Aukey store on Amazon, and I assure you won’t find even find it as a footnote. Anker does the same for Eufy, treating it as a separate company, but you’ll find its Roav car chargers and Nebula projectors sold alongside everything else it has to offer on its Amazon storefront.

What To Look For From Aukey and Anker

While it’s tempting to get bogged down in vague discussions about which company has better “build quality,” the truth is that for most charging accessories, Aukey and Anker are, for the most part, interchangeable. Both companies have a wide array of fast charging, wireless charging, and power capacity devices, and most of them come highly rated by reviewers on Amazon. Rather than lumping one company or the other into a generic “better” category, it’s best to compare specific charging accessories. Identify whether you need quick charging for your devices, how much capacity you want a portable battery to store, and which devices you want to support. If you find an accessory that fits your needs—and there are no glaringly negative reviews on sites like Amazon—you’re probably good to go for either one.

When it comes to non-charging accessories, however, which company you go with can make a difference.

Eufy robot vacuums, for example, are consistently ranked among the best mid-range vacuums of their type. Aukey doesn’t have a comparable robot vacuum, but it does offer some really nice smart plugs. If you only want smart plugs, Aukey might be your best bet. However, if you already bought a Eufy robot vacuum, you might want to go with the Eufy smart plug as well so you have one less app to install. Even where the individual products are very similar, you might find it easier to go with one or the other based on the constellation of specific gadgets you need in your home.

There are also a number of areas where certain devices are only made by one company or the other. Aukey makes gaming keyboards, while Anker doesn’t. Anker makes robot vacuums while Aukey doesn’t. And in those cases, their primary competition might be very different. For example, Aukey’s gaming peripherals compete with Logitech and Razer rather than Anker, and Anker’s robot vacuums compete with iRobot rather than Aukey. So while it’s good to keep in mind which ecosystem you prefer to be in, be prepared to look at the wider market when picking certain specific devices.

The Aukey and Anker Products You Can Start With

If you’re looking for a few products to get familiar with both companies’ lineups, here are a few of their more popular gadgets to get you started.

If you’re charging your phone in the car, you might need an adapter to turn the cigarette lighter into a power outlet. Like this ultra compact 24W car charger. It can quickly charge two devices at the same time, so both you and your navigator can top off your phones.

While you’re upgrading your car, Aukey also has very cheap dash cams that you can add to your vehicle, to make sure you’ve got a record of what happened if you get an accident. A dash cam can already save you tons on insurance costs if you can prove you weren’t at fault for an accident, but Aukey’s cameras are so inexpensive, even the upfront cost becomes pretty negligible.

And speaking of cameras, if you haven’t already upgraded your laptop’s built in webcam for all the video meetings you’ve been doing over the last year, Aukey’s webcam is a worthwhile upgrade. While comparable webcams from other peripheral manufacturers can cost a lot more, Aukey’s 1080p webcam gets the job done for a lot less.

One of Anker’s most popular product categories is its Powercore line of portable batteries. Like this absolutely whopping Powercore Essential 20,000 mAh battery that can charge multiple phones on a single charge, or a single phone multiple times. If you ever wanted a battery to get you out of a jam while traveling, this is it.

Another reader favorite is this 5-in-1 USB-C adapter that can take SD cards, HDMI, or multiple USB plugs. This is handy if you’re traveling and need to plug into a wide array of devices but don’t want to carry too many dongles.

And if you’re charging at home, Anker has both wireless chargers and fast charging blocks that work with most phones. They’re usually much cheaper than the official accessories that your phone manufacturer sells, and you can often find them even cheaper than that (like right here on Kinja Deals).

12 Tips To Organize Your Small Business For Success

US travel ban to be tightened: How will it affect your...

Is Your Monthly Income The Only Deciding Factor When Buying...

9 Reasons Why You Feel Tired All the Time

How to Eyeball the 6-Feet Required for Physical Distancing

Do not ever tell any inhabitant of Nice, France, that you like salade Niçoise with...

11 Things to Stream If the Pandemic Stole Your European...

A European tour can be the trip of a lifetime: a high school graduate taking a gap...

In this blog post, you will find an in-depth project management software comparison... The Marketing O’Clock team rejoices at Google Ads’ much-needed updates to their...

In this blog post, you will find an in-depth project management software comparison... Learn how to make objective, media-neutral advertising decisions for the brands...

How to Recognize If You're Being 'Lovebombed' by a Narcissist 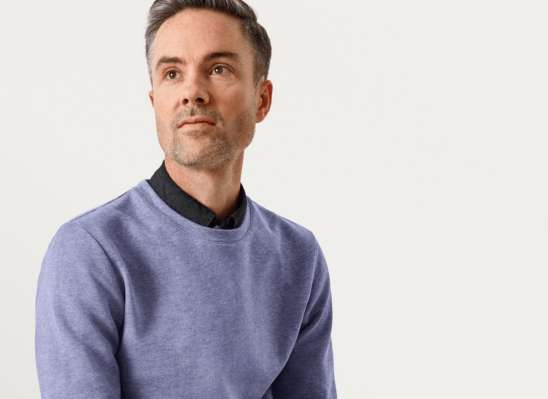 Sources: Lightspeed is close to hiring a new London-based... The key to email outreach is standing out. Here's how to segment your prospect list...

A Makeup Artist Taught Us Her Go-To Trick To Banish Dry...

For bone-dry under-eyes, applying concealer is a bit of a battle.