12 Myths About Sunscreen You Need to Stop Believing

We’re heading into sunscreen season, and as we crack open those fresh bottles (or peel the wrapper off those spray cans) there are a bunch of myths about sunscreen that it’s time to leave behind. I’ll spoil the ending...

We’re heading into sunscreen season, and as we crack open those fresh bottles (or peel the wrapper off those spray cans) there are a bunch of myths about sunscreen that it’s time to leave behind. I’ll spoil the ending for you: Sunscreen works, and the best kind to use is the kind you’ll actually wear. But there are still a lot of questions to answer when it comes to which kind is best, and how much and how often you need to use it. So let’s dig in.

Myth: You need to use a whole shot glass worth

Myth: You need to use a whole shot glass worth

We’ve been told that the proper amount of sunscreen to use is about an ounce, or if you need a visual, enough to mostly fill a 1.5-fluid-ounce shot glass. This number comes from the estimate that it’s what you would need to cover your entire body with two milligrams of the stuff per square centimeter of skin.

Why this number? Well, that’s the amount that’s used in SPF testing, because it’s hard for scientists to consistently apply a thinner layer. So this amount was chosen for the convenience of testing it, not because people “should” apply that much. In truth, nobody actually applies that much sunscreen, and even if you did, it would be difficult to impossible to reapply according to guidelines. (This article from Self details what it’s like to follow the guidelines to a tee; safe to say nobody is actually doing this.)

Myth: SPF above 30 is useless

Myth: SPF above 30 is useless

There’s a pedantically fun fact that runs around, claiming that SPF 30 sunscreen blocks 97% of the sun’s rays, and that going up to SPF 50 or even 100 only adds a percentage point or two. So SPF 30 should be good enough for anyone, right?

Well, even though that may be technically correct, recall that nobody actually applies the amount of sunscreen that it takes to get the lab-tested SPF. When it comes to real-world protection, the higher the SPF, the better insurance you have against imperfect application and late reapplication. One study had skiers apply SPF 50 to one side of their face and SPF 100 to the other side. (They didn’t know which was which; the bottles were labeled “left” and “right.”) They were allowed to reapply as they saw fit. By the end of the day, the SPF 50 side was more likely to be sunburned than the SPF 100 side. High SPF really does protect you better.

Myth: Sunscreen is worse for you than the sun

Myth: Sunscreen is worse for you than the sun

Of all the sunscreen myths, this one is the most dangerous. Everyone from the concern trolls at the Environmental Working Group to biohacker bros to paleo carnivore influencers can get clout by pretending that sunscreen ingredients are super dangerous, either implying or outright saying that you should go without. None of this is true. There are some “maybe, sorta, possibly” concerns about some sunscreen ingredients, which pale in comparison to the well-established fact that the sun gives millions of people actual cancer every year.

Myth: Some sunscreens are “reef-safe”

Myth: Some sunscreens are “reef-safe”

There are scientists studying the chemical and environmental dangers that corals face, and then there are marketers who slap “reef-safe” on a sunscreen bottle and consider their job done. The truth about corals and sunscreen is that the amounts that are dangerous to corals in the lab have never been shown to exist in the wild. (Other sunscreens aren’t necessarily good to corals, either; they may just be less studied.) Coral reef researchers are more worried about global warming and ocean pollution, and seem to be skeptical that there’s much impact from the small amount of sunscreen that enters the ocean on a swimmer’s skin.

Myth: You can make your own sunscreen

Myth: You can make your own sunscreen

If you’ve decided sunscreen ingredients are scary (but remember, they aren’t), the natural next step is to try making your own sunscreen. Pseudoscientific alternatives to sunscreen include essential oils or dietary regimens (there is zero reason to believe these would ever work) and concoctions made with diaper cream, which does contain one of the same active ingredients found in mineral sunscreens. Unfortunately, there is a science to formulating a sunscreen that applies evenly and allows the active ingredient to actually protect you, and mixing some diaper cream with coconut oil ain’t it.

Myth: You only need to reapply sunscreen if it gets “used up”

Myth: You only need to reapply sunscreen if it gets “used up”

The CDC’s guidelines (and manufacturers’ instructions) will tell you to reapply sunscreen after two hours. There’s a belief that this is the case because sunscreen used to get “used up” as it does its job, and that modern sunscreen does not. That’s partially true; older sunscreen formulations did get less effective after you spent time in the sun.

But the real reason for reapplying sunscreen is that it moves around your skin as you go about your life. It can get rubbed off by clothing or towels, it can dribble down your face as you sweat, and even if you’re sitting comfortably in the shade, the movement of your body can result in the sunscreen working its way into tiny folds and wrinkles in your skin, leaving areas unprotected. Imagine wearing a coating of makeup all day; how do you think it would look after two hours? Sunscreen migrates the same way, so make sure to reapply.

Myth: Mineral sunscreens don’t need to be applied ahead of time

Myth: Mineral sunscreens don’t need to be applied ahead of time

Related to the myth about sunscreens losing their potency as you wear them, there’s also a myth that some sunscreens need to “activate” by sitting on your skin for 15 minutes or more. If this is true, then mineral sunscreens wouldn’t need to be applied ahead of time, since there’s nothing to activate.

But that’s not the reason why sunscreen should be applied ahead of time. The chemicals that protect against ultraviolet light are active even in the bottle, and even when the sunscreen is applied to a material like glass for lab tests. What happens when you apply it to your skin is that the sunscreen formulation needs to dry and sink into your skin. It may not take the full 15 minutes; that’s just a rule of thumb to be sure it’s settled on your skin before you head out.

Myth: There’s a difference between sunblock and sunscreen

Myth: There’s a difference between sunblock and sunscreen

If you grew up calling it “sunblock,” you may assume that modern “sunscreens” are something different. There are a bunch of explainer articles that try to invent a difference between the two, like saying that mineral sunscreens “block” the sun while other sunscreens do not, but this isn’t true.

No sunscreen can fully “block” all of the sun’s rays, and so the FDA requires that the product is called a sunscreen, not a sunblock. This is true no matter the formulation.

Myth: You need to buy fresh sunscreen every year

Myth: You need to buy fresh sunscreen every year

If your sunscreen bottle doesn’t have an expiration date, you can assume that it’s good for three years if stored appropriately. That means if you bought an extra bottle last summer, but it’s been in your medicine cabinet ever since, it’s still good. On the other hand, sunscreen that has been rolling around on the floor of your car for a year has probably degraded in the heat; don’t be surprised if it has separated into oil and goo. It may still provide some protection, but you’re best off buying a fresh bottle.

Myth: Spray sunscreen is meant to be just sprayed on

Myth: Spray sunscreen is meant to be just sprayed on

Spray sunscreen is convenient, and a big part of the convenience is the (incorrect) belief that you don’t need to get your hands sticky and that a fine mist protects you just fine. Unfortunately, you don’t get the full protection from spray sunscreen unless you apply enough to make your skin wet, and then rub it in.

Myth: Some sunscreens are waterproof

Myth: Some sunscreens are waterproof

Just like no sunscreen can totally block the sun, no sunscreen can be truly waterproof. If you plan to sweat or swim while wearing your sunscreen, look for one of the “water resistant” labels, and pay attention to whether it’s water resistant for 40 minutes or for 80. (You’ll still need to reapply after two hours even if you haven’t gotten wet.)

With all these different types of sunscreens, you may be a bit bewildered in the drugstore aisles. My rule of thumb is to look for something that’s affordable, has a high SPF, and doesn’t feel too gross. Even the best sunscreen is useless if it’s sitting at home because you hate the white cast or the sticky feel. In truth, the best sunscreen is whichever one you’ll actually wear.

How to Fight a Goose and Win (Just Kidding, You Won’t Win)

Facebook’s Professional Mode For Profiles: What To Expect

StraitsX co-founder on XSGD stablecoin and the future of...

The Sony LinkBuds have no ANC and let every sound in, but...

Tripadvisor blocks some Russian reviews as customers use...

Airport chaos could remain for another year amid staff...

If you can forgive low-res displays in 2021, Samsung Galaxy...

Paris Hilton posted some chic photos of her on the beach in The Bahamas in a sophisticated...

Biden to travel to Uvalde to mourn victims of Texas school...

President Joe Biden will travel to Uvalde, Texas on Sunday to grieve with and console... 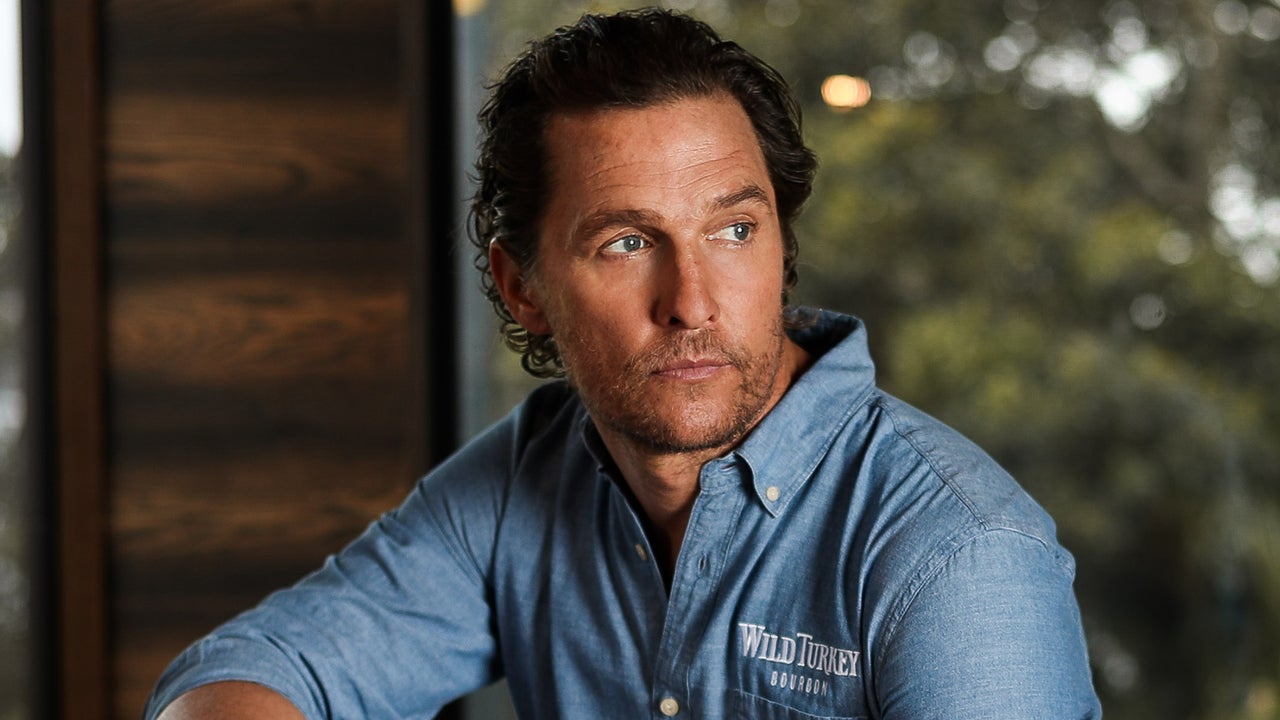 The actor had previously spoken out about the mass shooting in his hometown that... 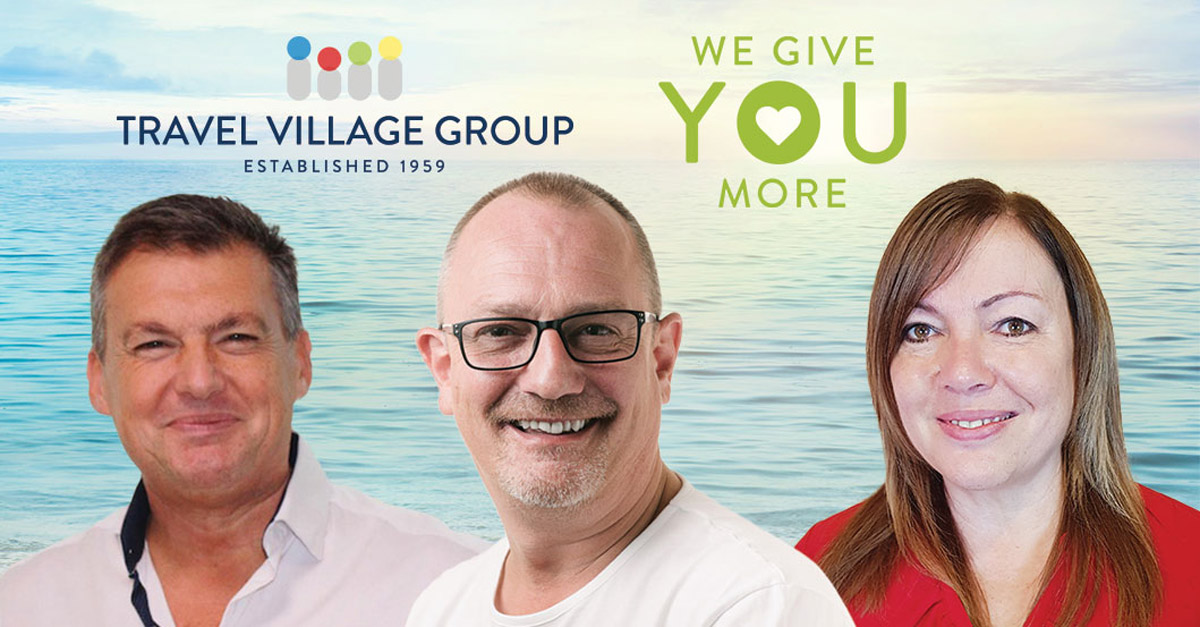 Plenty of questions are coming up on Google Business Profile features and bugs in...