S’pore was right about Covid after all, as New Zealand and Taiwan fall behind on death rates

It has taken a little over three months for NZ, and just two for Taiwan to see Covid-19 fatalities surge past Singapore's, with no end in sight.

When Singapore eased restrictions on public gatherings last year, many people lamented the following surge in infections and fatalities which, at the time, seemed to be getting out of hand.

Many pointed to other countries where deaths have been kept exceptionally low thanks to strict isolation of the public and border controls, which have seemingly kept them safe.

The two leaders have long been Taiwan — the country to first lock its borders from China in early January 2020 — and New Zealand, which chose to take advantage of its Antipodean location, banning all travelers from setting a foot on the remote islands.

It seemed to have worked as Europe and America clocked thousands of deaths per million inhabitants, and even a well-performing Singapore reached 150 by the beginning of 2022, Taiwan’s toll sat at 36, and New Zealand’s was just 10 per one million at the time.

It has taken a little over three months for New Zealand, and just two for Taiwan to see Covid-19 fatalities surge past Singapore’s / Image Credit: Our World in Data

However, in my past coverage of the pandemic, I cautioned that complete isolation cannot last forever and once the borders reopen (or the virus seeps through them), local population will face far more cases and deaths — particularly if there are significant gaps in vaccination rates (or the efficacy of vaccines used).

This has already been tragically proven true in Hong Kong, which, until a few months ago, had been another model hailed by many (mostly domestic) critics of Singaporean approach of living with Covid once vaccination rates (using mainly the best mRNA vaccines) were sufficiently high.

Lulled into complacency by tight border restrictions, Hong Kongers (particularly elderly) refused to get vaccinated, and when the more transmissible Omicron got through the city’s defences, it decimated the unprepared public (which, until then, was even less harmed by it than Taiwan).

The problem with isolation is that it only works to buy time for any particular country or city to prepare a proper response to the pandemic. It is not a solution on its own, which is why we should keep track of what’s happening in China at the moment.

Ultimately, people have to develop a sufficiently strong immune response whether by vaccination (preferably) or outright exposure to the virus.

Some countries have either failed to isolate their people properly (most of the West) or chosen to impose only minimal restrictions and let nature take its course (like Sweden).

Others have picked near-complete isolation from the world (most of APAC), but not all of them have managed to use the time bought to sufficiently prepare for a life with Covid. Some, like China, are still refusing to back down.

Out of those who chose to isolate, Singapore has proven itself to be the most rational.

The authorities have understood that lockdowns can’t last forever and the time they bought themselves was used to vaccinate as many people as possible, using the best vaccines there are.

Singapore was the first to receive mRNA vaccines in Asia and a leader in rapidly inoculating its citizens and when close to 90 per cent of those eligible to get the jab received it, it threw the doors open.

A Covid surge inevitably followed, albeit killing mostly the unvaccinated. Arrival of Omicron increased the fatality count a bit more but, in both cases, without completely overwhelming the healthcare system (what we later observed in Hong Kong).

Singapore chose not only to vaccinate people rapidly, but also to open up when their immunity was still strong.

As a result, the virus could not penetrate the society far and while thousands of people got additional exposure to it, their immune response remained (and still does) strong.

Many Covid patients in Hong Kong didn’t fit into overwhelmed hospitals when the Omicron hit the city. Singapore was spared such distressing scenes. / Image Credit: Reuters

Despite recording a few thousand new Covid cases per day — a figure that would be considered extreme throughout most of the past two years, when a few hundred or even a few dozen new infections used to cause a panic — average number of fatalities is just one to two per day at the moment.

The only way we can live with Covid is by getting enough exposure to the virus, teaching our bodies how to deal with it. Vaccinations gave us a head start, but we cannot live under lockdowns forever.

Prolonged isolation and relatively lower vaccination rates appear to have backfired for the two countries which were held up as model examples of Covid response not so long ago.

In overall death rate (in proportion to population), New Zealand has caught up to Singapore within a little over three months. For Taiwan, it’s taken less than two.

Their outbreaks show only moderate signs of abating, suggesting that these figures are going to get much worse before they reach sufficient saturation to level off.

Even as we speak, Taiwan is still burying about 150 people every single day — this is a country that’s a little over four times the population of Singapore.

Daily deaths in Taiwan appear to have taken a dip but still remain very high / Image Credit: Our World in Data

Here’s the same chart reflecting the number of daily deaths in proportion to population / Image Credit: Our World in Data

Who’s the best in the world?

After more than two years of the pandemic, there are no longer any outliers among the world’s developed countries. That said, Singapore is not alone at the top of the stack of those which have performed best and which currently do not suffer any major outbreaks.

The figure they have all huddled around is about 250 deaths per million inhabitants. Notably, three out of those countries are Arab states in the Persian Gulf: Qatar (231), UAE (231), and Saudi Arabia (260).

Best performers (at the bottom) compared to major Western nations, which have recorded 10 times (or more) fatalities to date / Image Credit: Our World in Data.

Singapore’s last companion is Japan (247) — though in this case, it’s likely less about the government (which has been criticised throughout the pandemic), but common sense and responsibility of Japanese people themselves.

That said, the Land of the Rising Sun is yet to reopen to the world, with only tightly organised package tours being allowed into the country at the moment.

What about the incoming fifth wave?

There have been reports of an incoming Omicron wave in July, as two new subvariants appear to be making rounds and have already contributed to a rise in cases.

The next infection wave is arriving. Get boosted to protect yourselves and your loved ones.

Authorities have also called on the 80,000 seniors who have yet to take their boosters, completing the vaccine regimen.

As long as you have been vaccinated and lead a normal life in public, the new surge should be considerably less lethal, even if the BA.4 and BA.5 subvariants appear to be more contagious.

Paradoxically, while isolation was what kept all of us safe before, currently it is the openness and return to normal that plays a supportive role, as it exposes us to the virus, stimulating our immune systems while they remain reinforced by the vaccines.

It is why opening up was so important, particularly done early enough for most people to still have enjoyed strong vaccine-induced resistance to infection (or at least a serious illness).

As ever, Singapore simply followed common sense, staying isolated for as long as it was necessary, understanding that isolating an entire nation for longer than that made no sense, as it could cause more damage — and death — in the long run.

Today, that strategy — frequently criticised in the past two years — has finally been vindicated.

15 Touristy Things to Do in Malibu

How to Avoid Exercise Burnout

8 Unconventional Ways to Save Storage Space on Windows

Get a High-End Look on a Dime With These 50 Home Décor...

Not Sure What Supplements to Take? A Nutritionist Shares... 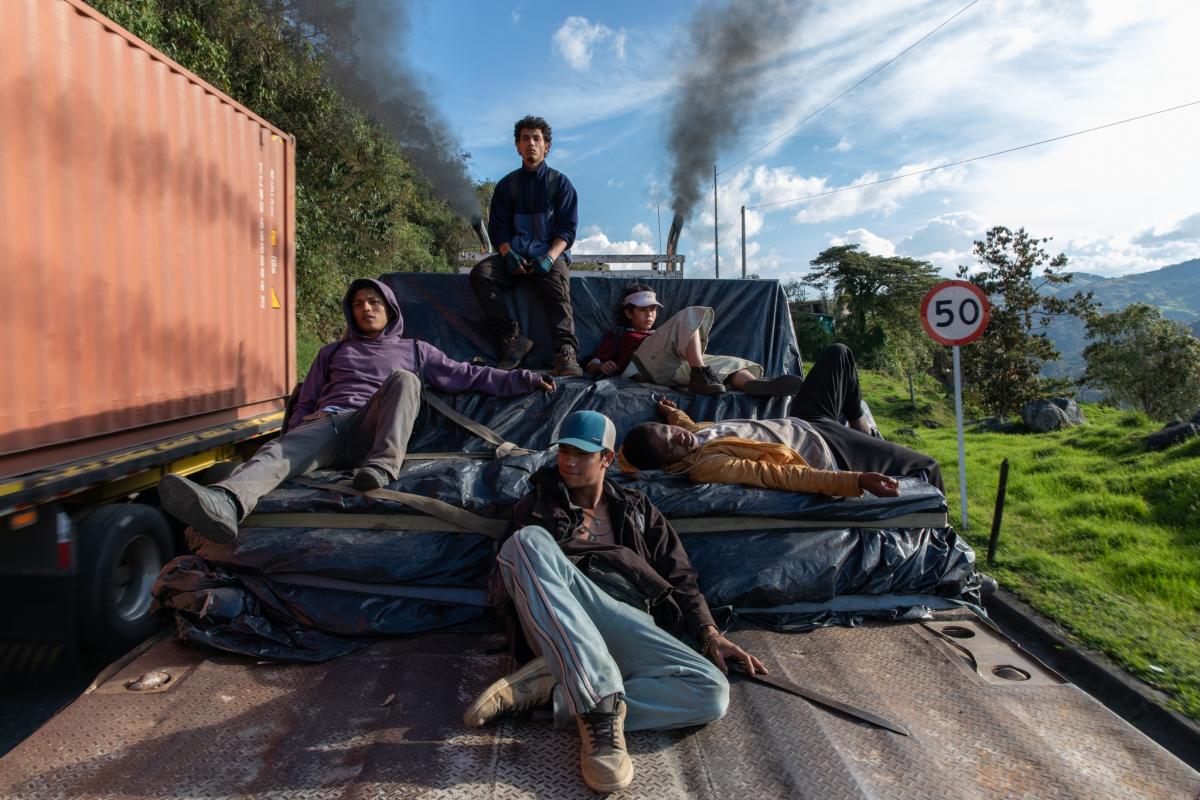 For the third year in a row, a woman-directed feature has taken home San Sebastian...

Matt Mullenweg proposes dramatic change in how future versions of WordPress are... 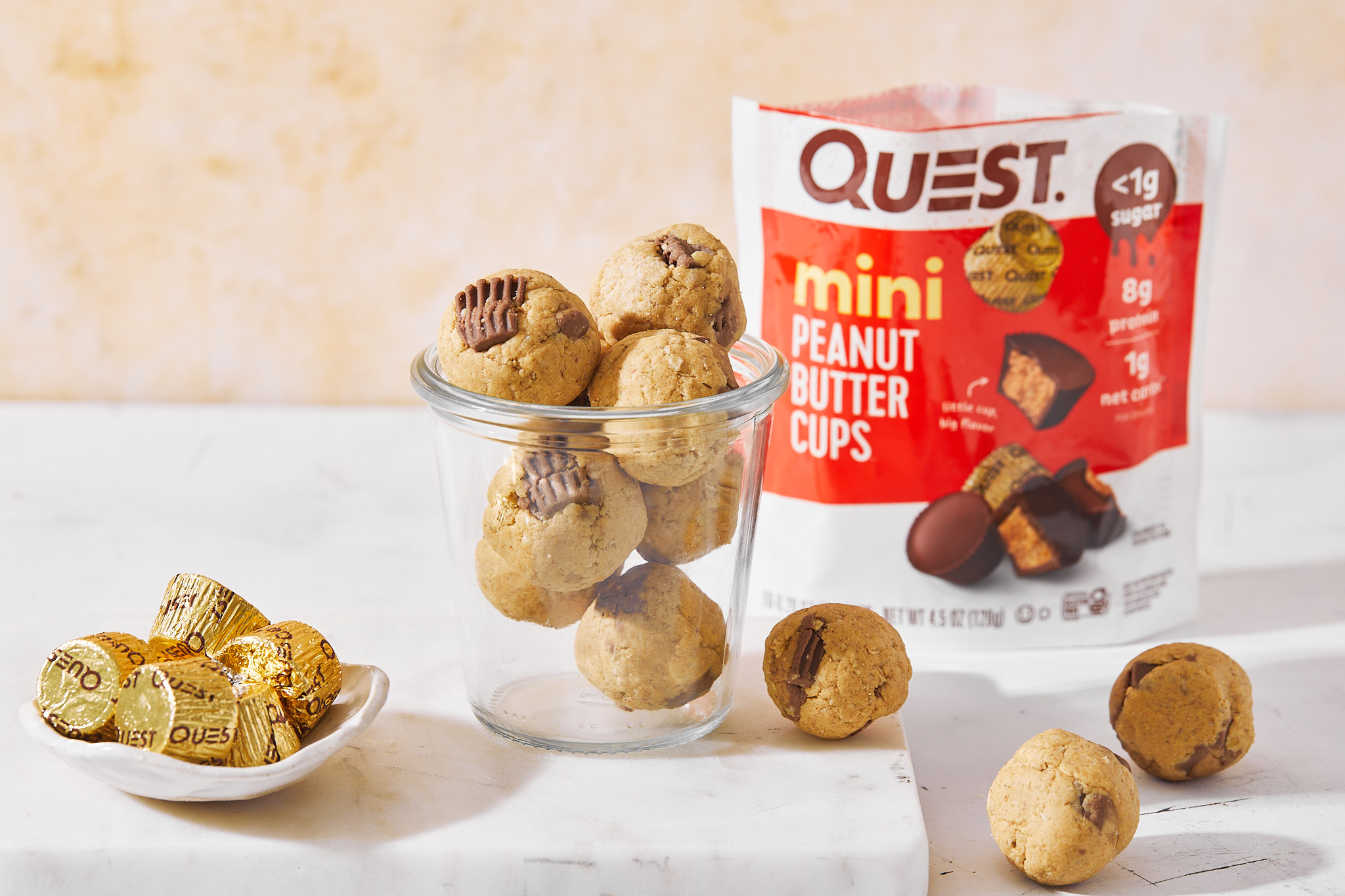 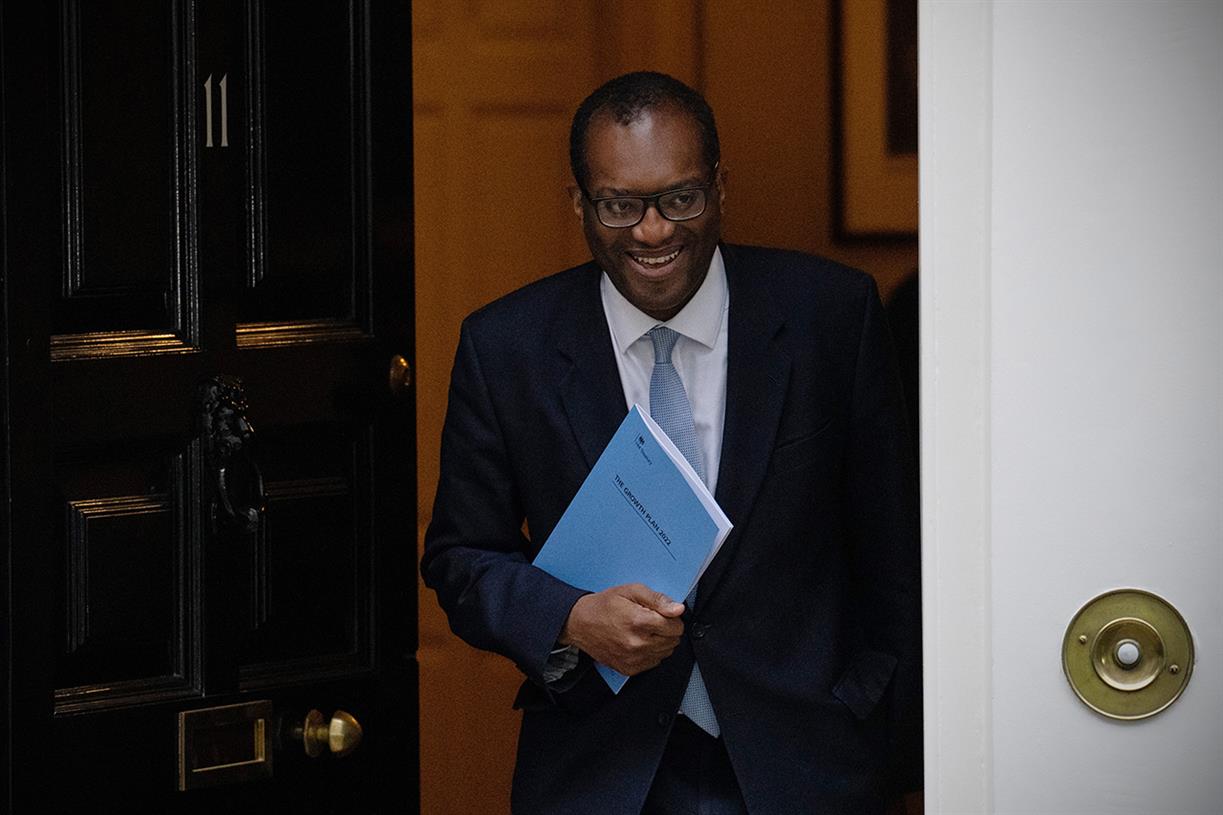 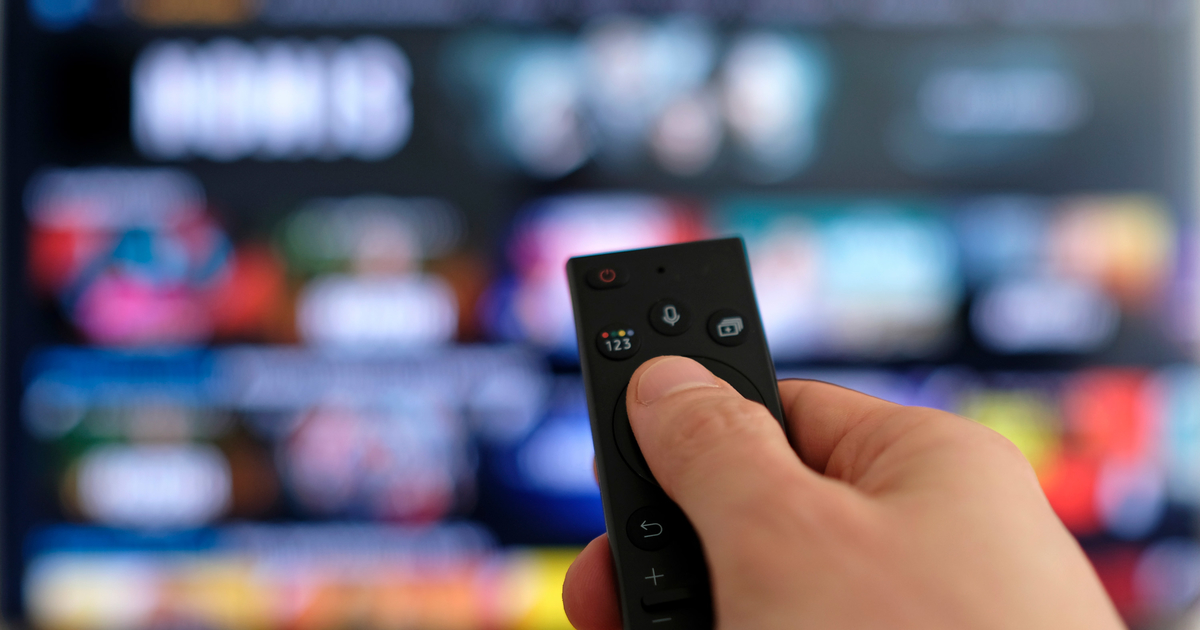 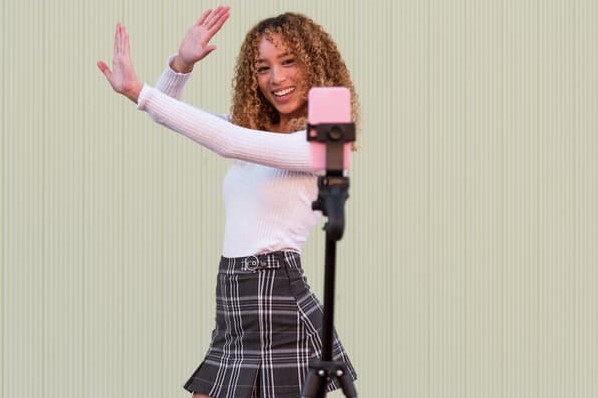 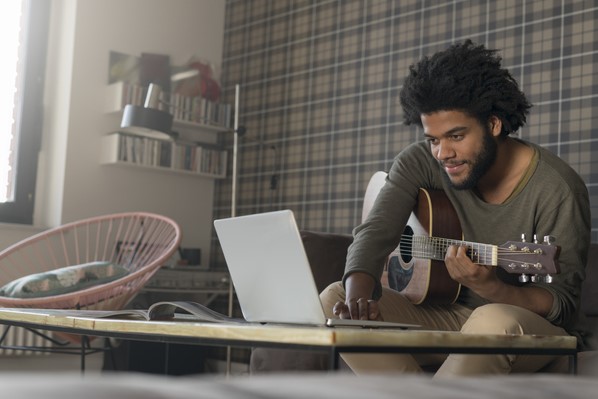 The media landscape has changed significantly over the years thanks to the rise... 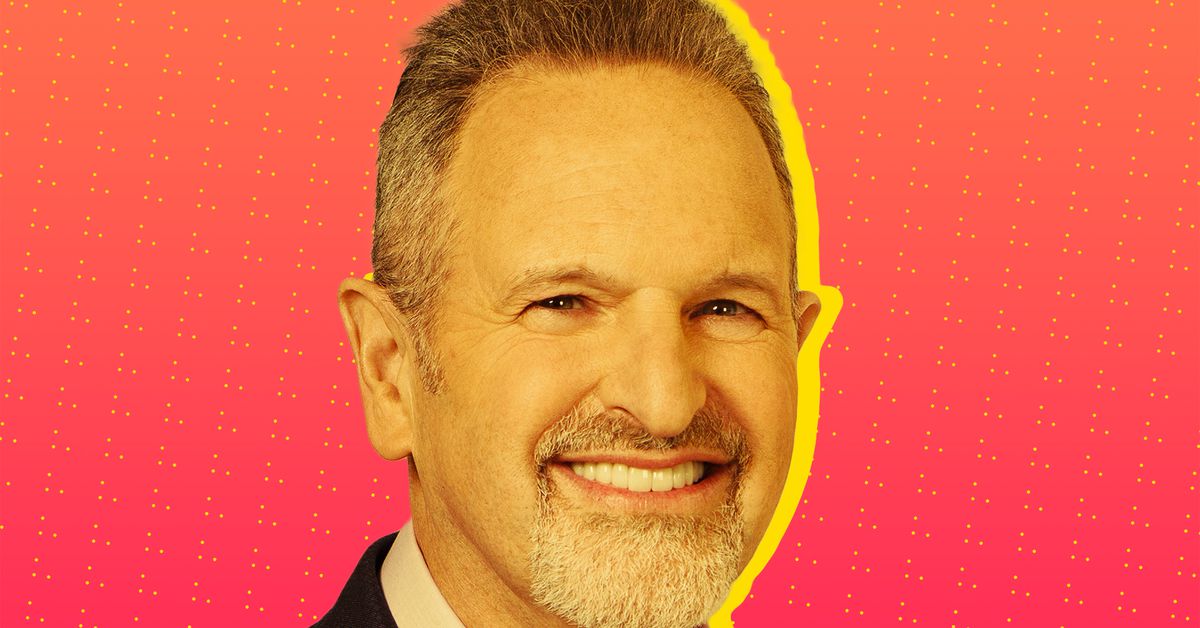 How Arm conquered the chip market without making a single...

Arm CEO Rene Haas | Illustration by William Joel / The VergeArm’s chips are in your...